Saccharomyces boulardii is a yeast, therefore resists the acidic environment of the stomach and antibiotics. (1)

Maltoflor with Saccharomyces boulardii is a dietary supplement that promotes the balance of intestinal flora in the event of deterioration due to diarrhea of various origins (viral, associated with antibiotic therapy, infectious Clostridium difficile).

Clinical studies, in fact, show that S. boulardii can be used in case of:

Dietary supplements are not intended as a substitute for a varied diet, balanced and healthy lifestyle.

(3) TB Ozkan et al. Effect of Saccharomyces boulardii in Children with Acute Gastroenteritis and Its Relationship to the Immune Response. Journal of International Medical Research 2007 35: 201.

(4) Lewis SJ et al. The lack of therapeutic effect of Saccharomyces boulardii in the prevention of antibiotic-related diarrhoea in elderly patients. J Infect 1998;36:171-4.

(6) Castagliuolo I et al. Saccharomyces boulardii protease inhibits the effects of Clostridium difficile toxins A and B in human colonic mucosa. Infect Immun 1999;67:302-7.

Maltoflor does not contain gluten.

It has a pleasant taste that does not alter the taste of the drinks and facilitates fluid intake.

How to use: Dissolve the contents of one sachet in 150 ml of water, tea, chamomile or milk, at room temperature. It is recommended that the administration in the fasting state or at least 15 minutes before meals, in small sips to prevent gastric distension and the resulting gag reflex. During treatment with antibiotics Maltoflor can be administered simultaneously to these.

Storage: Store at room temperature in a cool , dry place. Avoid exposure to sources of localized heat , direct sunlight and contact with water. The expiration date refers to the product properly stored. Any slight variation in color is not an indication of quality deterioration of the product. Do not dispose into the environment after use.

Warnings: Do not exceed the recommended daily dose. Do not mix the product with liquid too hot. If symptoms persist consult your doctor. Keep out of the reach of children under three years of age. Dietary supplements are not intended as a substitute for a varied diet, balanced and healthy lifestyle.

In the production of Saccharomyces boulardii are used derivatives of the milk that are analytically absent in the finished product.

S. boulardii reduces the duration of acute gastroenteritis in children and improves the immune response

A study published in the Journal of International Medical Research in 2007 confirmed the efficacy of Saccharomyces boulardii in the treatment of acute gastroenteritis and in improving in infants, probably, the immune response.

The study was conducted on children with acute diarrhea, aged between 6 months and 10 years, including the group 1 (n = 16) received 250 mg of Saccharomyces boulardii dissolved in 5 ml of water twice a day; while group 2 (n = 11) received placebo.

The results showed a significant reduction in the frequency of defecation on the 3rd and 4th day for children in group 1 (those who took the supplement of Saccharomyces boulardii).

In addition, the group that took the supplement with Saccharomyces boulardii showed an increase in plasma levels of immunoglobulin A.

S. boulardii in the prevention of antibiotic-associated diarrhea in children

A study published in Alimentary Pharmacology & Therapeutics in 2005 has shown that Saccharomyces boulardii reduces the risk of diarrhea associated with antibiotic therapy.

The randomized, double-blind, placebo-controlled study was conducted on 269 children, aged between 6 months and 14 years, suffering from ear infections and / or respiratory infections in these children, 132 have taken 250 mg of Saccharomyces boulardii twice daily for the duration of treatment with antibiotics, while 137 children receiving placebo.

The results showed that only 8% of children in the group Boulardii had diarrhea, while in the control group, the percentage rises to 23%.

Probiotics for the Prevention and Treatment of Antibiotic-Associated Diarrhea. A Systematic Review and Meta-analysis. Susanne Hempel, PhD et al. JAMA, 2012. Vol 307, No. 18 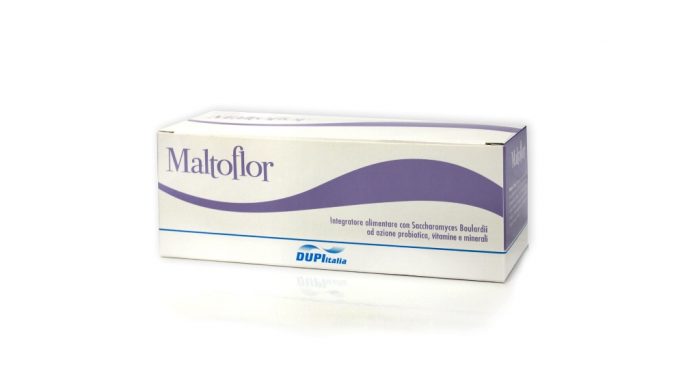